skip to main | skip to sidebar

ON UMNO and DEEPAVALI.

Khairy blamed Indians as the cause why Umno President Datuk Seri Abdullah Ahmad Badawi's presidential address at the Umno General Assembly was not published on Thursday which is Deepavali Day and a press shut down day.

Khairy said "Today is the first time the Umno president's speech is not being read by the masses because a particular ethnic group controls the distribution line of newspapers and they are on holiday."

Yes, true. Who is to blame, Umno or the poor newsvendors.

It's time to change! 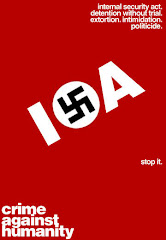